Someone recently forwarded the following to me in an email - which I'm posting because it really resonates with me. We live in a time where we expect to get everything we want, quickly, with as little effort as possible at a huge cost to our environment. Past generations are mocked because of the ways they interacted with the world and each other. They  feel very responsible for things owned, and valued each and every opportunity. This piece speaks to how older generations created life around them. It wasn't at all easy, in fact much of the work, was extremely exhausting, dangerous and just plain tedious and hard. However that work taught these generations amazing survival/life skills and what it means to be productive contributing citizens.
______________
" In the queue at the store, the cashier told an older woman that she should bring her own grocery bags because plastic bags weren't good for the environment.The woman apologized to him and explained, "We didn't have the green thing back in my day."The clerk responded, "That's our problem today. Your generation did not care enough to save our environment."He was right -- our generation didn't have the green thing in its day.Back then, we returned milk bottles, soda bottles and beer bottles to the store. The store sent them back to the plant to be washed and sterilized and refilled, so it could use the same bottles over and over. So they really were recycled. But we didn't have the green thing back in our day.We walked up stairs, because we didn't have an escalator in every store and office building. We walked to the grocery store and didn't climb into a 300-horsepower machine every time we had to go two blocks. But she was right. We didn't have the green thing in our day.Back then, we washed the baby's diapers because we didn't have the throw-away kind. We dried clothes on a line, not in an energy gobbling machine burning up 220 volts -- wind and solar power really did dry the clothes. Kids got hand-me-down clothes from their brothers or sisters, not always brand-new clothing. But that old lady is right; we didn't have the green thing back in our day.Back then, we had one TV, or radio, in the house -- not a TV in every room. And the TV had a small screen the size of a handkerchief (remember them?), not a screen the size of the state of Montana . In the kitchen, we blended and stirred by hand because we didn't have electric machines to do everything for us. When we packaged a fragile item to send in the mail, we used a wadded up old newspaper to cushion it, not Styrofoam or plastic bubble wrap. Back then, we didn't fire up an engine and burn gasoline just to cut the lawn. We used a push mower that ran on human power. We exercised by working so we didn't need to go to a health club to run on treadmills that operate on electricity. But she's right; we didn't have the green thing back then.We drank from a fountain when we were thirsty instead of using a cup or a plastic bottle every time we had a drink of water. We refilled writing pens with ink instead of buying a new pen, and we replaced the razor blades in a razor instead of throwing away the whole razor just because the blade got dull. But we didn't have the green thing back then.Back then, people took the streetcar or a bus and kids rode their bikes to school or walked instead of turning their moms into a 24-hour taxi service. We had one electrical outlet in a room, not an entire bank of sockets to power a dozen appliances. And we didn't need a computerized gadget to receive a signal beamed from satellites 2,000 miles out in space in order to find the nearest pizza joint.But isn't it sad the current generation laments how wasteful we old folks were just because we didn't have the green thing back then?Please forward this on to another selfish old person who needs a lesson in  conservation from a smart ass young person.Remember: Don't make old People mad. We don't like being old in the first place, so it doesn't take much to piss us off."

How Do You Pray?

Do you dream of a

do you have angels on your shoulders,

do you chant words you don’t understand

do you feel anything change?

Do you pray to the God of retribution

do you pray to the moral majority God?

Do you pray to the green grass God

who grows the many things

to the wind God who carries the ancestral message,

to the Earth Goddess who cradles and shakes us to our senses,

to whom do you pray – do you feel a change,

are you filled with fear or cloaked in delight?

How do you pray?

Do you see some kind of Pentecostal bright light,

do you dare the ones called Satan

not to cross your holy line,

do you prostrate or stand up and shout out

your praise and jubilation to the divine?

Do you hear a change

as voices harmonize at hallowed sights,

is there a revelation – will you testify?

Just tell me – How Do you pray?

1991 All Rights Reserved by Author 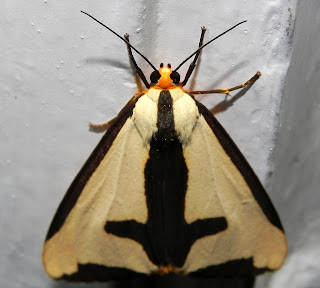 Summer so far = lessons learned,
some days, the angle of the sun on dog and me is harsh - like punishment
dog is learning to drink from a defrosting bottle of water I carry.

when listening to the debate about those who prefer snow to heat,
heat to 6 feet i think emphasis on the extremes
is too extreme.

lesson learned always use a thumb drive when working on highly treasured docs. you never know when technology will betray you

lesson learned:
dog abhors flea treatments = daily ritual, me having to seek the occasional one or two roaming through the range of her coat.She's giving me the eye now, wondering when I'm going to brush her, growling at me under her breath.

lesson learned:
living in close proximity to a liquor store is not the best of all options. these days the chronically unemployed gather in small packs at ten - brown bags in hand,
manage to keep going all day. neighbors complain, few dig in to pick up the trash
-try to get the bottles before they become broken glass. Some days the unease is palatable.

lesson learned: things won't ever be the same

Now that Obamaphoria is over -
the natives are restless,
the distractions of one race over,
a new race against a clock
bound by a peculiar history
and untenable destiny -
governs the lay the land.
The natives are truly restless
the race for the green back -
gotten knocked so far off
the beaten track
that folks aren't sure
what it will take to bring things,
back from the brink of confusion -
can we teach the children
the lessons learned from all of this -
greed and unclear fear of
what may not actually occur,
the race is on - losing is
not an option.

Poem One
(The grandmother’s Poem)
I

She said I’m stuck
in between two worlds
one where nothing bad ever happens
and one where there is blood,
beaded clots of wages paid
for sinful crimes committed
and not confessed or absolved.

but here where I live life is
raw and rude and though I look
for signs of forgiveness
all I hear in my mind
is the way the boys in the street
speak, their ghost voices swiftly rattling
off rhymes, with the staccato pace and heat
of those brief moments marking
too short lived lives

and I see childhood’s longed for
tallied up as just more lost innocence,
no longer some one else’s story,
but mine.

I am hollering here
in between these worlds
hollowing truth
previously unspoken
out of mouths screaming
from faces eternally
pointed towards home.

In one world people
who clearly couldn’t care less
blankly stare at the TV
filling the air with the same
bad news over and over again,

while in another world
rebels and martyrs live
disguised as everyday people
who chip away at
the shields that permit
secrets and lies to be.

Here I look through
another’s eyes
and hear the voices of
grandmothers who have
only known the starving place.

Inspired by a 1999 exhibit at the BMA in 1999,by the dynamic Artist Joyce Scott, called Kickin' It With the Masters. There were these "Jar Women" in the exhibit that carried on their hips and around their wastes symbols of various things that women and servants were responsible for in addition to raising their children, and living their lives. I was profoundly impacted by that exhibit, and even though I don't have my own children, could see myself in one of those images.

There were several poets including myself who were invited to write poems related to Scott's exhibit, and I chose what I resonated most with. I believe there are about 7 poems connected with that series. 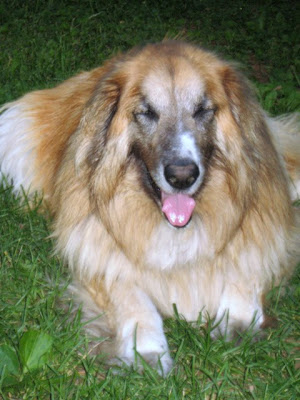 A long time friend and companion, faithful,
gentle, smart and beautiful
Forte the Chinook - my friend's
dog, transitioned at 9:30 this evening.
I held him through his last exhalation.

A week ago he came to me in dream,
the next day I went to see him
- dog of mine in tow. that Forte
was overjoyed to see me
we went for a long, last walk
the two dogs pausing at every marked
spot-inhaling the scent of every
last dog's pee.

we don't know when anyone will leave
no dogs, no cats, no birds, no fish
no turtles, no guinea pigs, no rabbits
no ferrets, no snakes,
no other companion being.


we don't know how deep our grief will
be until we are pushed into this
finite chasm of loss know less
of how long it will take
to still the shock that fills
the mind, to cool the searing
at the heart's core

- this night - i ahhhhhhh, i aaaaaaaahhhhhhh,
i aaaaaaahhhhhhhhhhhhhh - i wail and rage
against that dying light, a life of
memories flashing across my inner sight

a primitive spirit within me taking flight.

before the tide changed 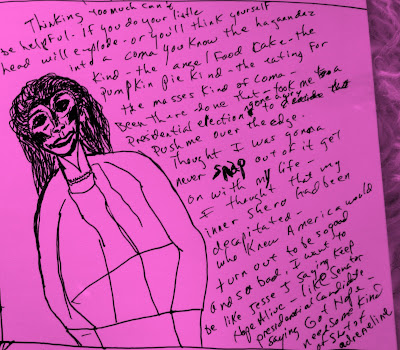 Posted by Linda Joy Burke at 2:46 PM No comments: 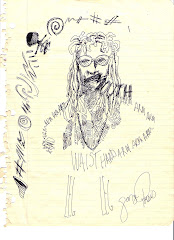 This is my 1st blog which I started on AOL in 2004 under the name of the Bird Talks Blog. I have an affinity for birds, which is why I chose that name. Well AOL is closing their "hometown" on the 31st of October, so I have moved that Blog here to blogger where I have a second blog The Bird Blog Too. I like most poets live in the world of Paradox, am of more than one mind at any given time, and like to experiment with different mediums. However wrapping my head around the naming/domain challenge within the same platform required that I stretch my imagination a bit more in terms of the titles of these blogs. As a result this one was renamed as part of the migration process. Visit me on my other Blog and tell me what you think of all my various ramblings and transient insights.

Link lists and other gadgets - widgets - whatevers will be added as I discover how I want to continue working with this blog.

Linda Joy Burke
Blog Cover Photo by:David Hobby Photo Waterfall at Stanehope by:Linda Joy Burke I believe that through deep, personal exploration and integration of the arts into our lives, in whatever form - "art" presents itself to us, we are able to enhance our growth and inform our knowing about the world and ourselves more completely. This allows us to heal wounds, and create a culture that bridges the best and worst of our history with the best and worst of our possible destiny.